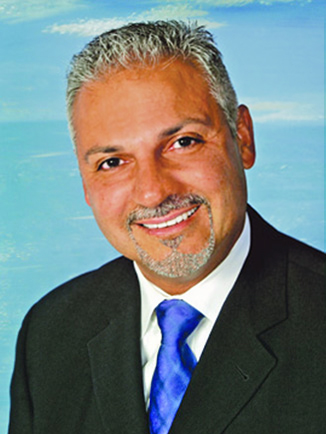 “Every subject begins as a philosophy, goes through science, and ends as art.”

Dr. Michael Williams is not only an inventive scientist; he is truly a practicing artist in his chosen field of orthodontics and dentofacial orthopedics.

Dr. Williams received his certificate in orthodontics from the University of California at Los Angeles and has been in private practice in his hometown of Gulfport since his graduation in 1980.

In the dental community, Dr. Williams served on the MPAC Committee for the Mississippi Dental Association and as the civilian consultant to Keesler Air Force Base for TMJ Disorders. He has also served on the Memorial Hospital Sleep Disorders team for obstructive sleep apnea.

Dr. Williams has delivered numerous presentations to various dental associations on a wide variety of subjects, from airway obstruction disease and abnormal craniofacial development to his latest developments for dentofacial orthopedics and non-extraction orthodontic treatment. He was a featured speaker at the AAO meeting in 1999 in San Diego and in 2006 in Las Vegas on the topic of clinical advances in orthodontics.

Dr. Williams has been a featured speaker to the American Association of Functional Orthodontics and the American Orthodontic Society. The University of California-Los Angeles, St. Louis University, the University of Pennsylvania Department of Orthodontics, and Farleigh Dickenson University have sponsored his seminar. Dr. Williams was invited as a guest lecturer to Peking University in Beijing, China to share his revolutionary treatment techniques. He has also presented multiple table clinics and round table discussions at various orthodontic meetings, as well as fostered research on arch development and molar distalization with nickel titanium coil spring systems.

He is now recognized at the international level: Dr. Williams recently lectured in Spain, Bolivia, the Ukraine, Russia, Manila, Finland, Malaysia, and Toronto. His techniques for success and advancement are reaching the far corners of the globe.

“Thank you for displaying an excellent level of professionalism and genuine hospitality. The treatment was truly more pleasant than I could have ever imagined.”

‐Amy A.
“I feel better about my smile every day I look in the mirror or when someone compliments me on my smile. Thanks again for making beautiful SMILES.”

‐Deana N.
“After two-and-a-half years, everything is nearly perfect. I am beyond pleased! Dr. Williams has changed my life and changed it way better!”

‐Christy
Back to Top